Maybe the Man in the Moon has never been thirsty, but if he were, things are about to get better for him.  According to NASA, there is water, not only on the dark side of the moon, but on the sunny side, too.  Not much, still about a hundred times less than what’s in the Sahara, but perhaps enough for one man.  Now that we are planning to send the first woman and the next man to the lunar surface in 2024, it is best they get some training in diplomacy in order to establish “a sustainable human presence there by the end of the decade.”

However, if go the old fashioned route, colonizing the moon as has been done on other continents, fighting and tripping over each other to get at the resources — because the thought of such economic opportunities is indeed grand — then the life of the Man in the Moon will be in great danger indeed.

Do we dare recall a few things from our history?  Let’s give it a shot. 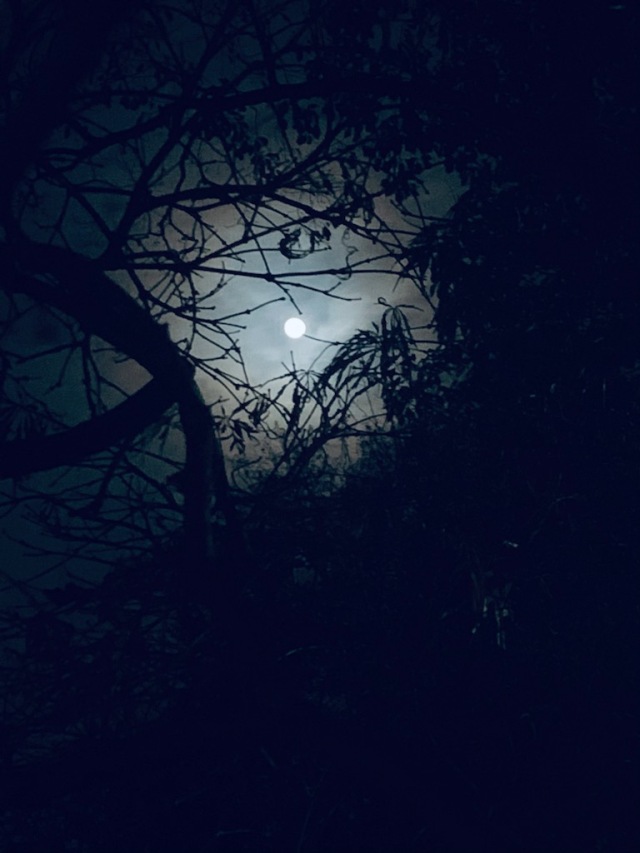 Colonizers have never played fair, not anywhere, not in Australia, not in Asia, neither in Africa, nor the Americas.  Just ask the Native Americans, or the Aztecs, or the Aborigines, or any people so overcome.

We hope to have fixed it all with Indigenous People’s Day, — finally reaching a moment in our history where we say no to serfdom and yes to common effort, working together to treat each and every human being with dignity and rights —but we still have a ways to go on that and so we keep working.

Why am I writing about all this when I promised you a Blue Moon?

Well, my fear is that the news about water on moon will be met by corporations across the earth wanting in on the pirate’s booty, looking to get their hands on whatever the moon has to offer — minerals, water, even just moon dust probably has a value here on earth — and in so doing they will exploit the moon as they exploit the earth, without regard to the effects on humanity, on the environment, or on the interactional activities between the moon and earth since something that can cause the oceans to rush in and out each day is obviously packing some serious mojo.

Before we muck up the balance on yet another planet in an effort to cash in on its resources, there should be a few ground rules, or maybe moon rules, that will result in fair access to lunar resources that benefit The Commons and support all of humanity, not just a few corporate interests.

For example, we should not think of the moon as a possible landfill for earth’s waste.    Instead, let’s adopt policies of sustainability, policies that do not deplete the moon’s resources in a few decades or even a century, basically the opposite of how we’ve done things here on Earth.  We’ll need much more than a Youtube tutorial to adopt such a system.  Since we’re starting from scratch, why not adopt the UN’s Sustainable Development Goals at the beginning of this ride and not after the fact which always leaves us destined to play catch up.

I suggest universal legislation as a way to make exploration of the moon fair and equitable for all.   (I can hear businesses groaning already — not more legislation!)  International treaties can help avoid the worst scenarios such as in the Amazon, Colorado, and California, which happen to all be burning right now.

Most importantly, just because you can do something — smart or stupid — doesn’t mean you should.  Foresight makes infinitely more sense than hindsight where overuse of a resource that belongs to all of us — think mining, extraction, excavation, digging, dredging, and/or despoiling — is an abuse of power and ultimately an unsustainable use of that resource.

What if we approach the Moon as a common resource shared by all, serenaded in all cultures, the light on all lovers’ paths, the aspiration for dreamers, the home of one man that entertains the dreams of all men?

And when we finally find Mr. Moon, let’s be diplomatic and democratic — because he was there first, and it is his house.