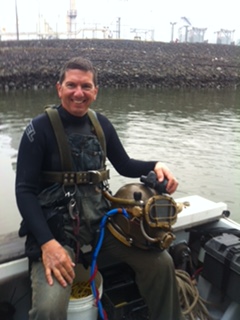 It started with a band around his waist which was joined by a tingling sensation in his feet. First it became a numbness, then shortness of breath and then a fatigue so profound that standing upright became an issue. I tried to brush it off, gave him vitamins, told him to work out more, sleep more, eat more greens, but the symptoms escalated and then we were at the doctor’s office, listening to the doctor say, after so many tests and x-rays and MRIs and CT scans, this is it, this is your problem, you have MS, and we looked at each other in disbelief because he was young, and healthy, and oh so athletic and never in a million years would that have been our guess.

We cried and I, in the way I do, tried to find the way to fix it, that if we just try this and do this and purchase this we can manage it all, make it go away, call the universe out on the great cosmic joke, but nothing worked, not a single thing, and it just kept coming and coming and coming and it wouldn’t be stopped, like the sun over the horizon.

There are days when I want to pound my chest because it wouldn’t be lady-like to pound someone else’s and depending on the degree of severity of the pounding, could also be a felony, or at least a misdemeanor, and we had enough problems already. I kept holding out hope for the day someone would tell me it had all been a terrible mistake and all you have to do is “Drink This” like Alice and you’d be up and out of that rabbit hole faster than stink. Oh God, how I hate this disease and myself for trying to bargain my way out of it when I know that I have no leverage, nothing to trade, just a hope that I can somehow work it all out right. Our lives, once vibrant and full of hikes in the woods, and biking on trails and swimming and all those things that make you feel alive have been reduced to a meal at a restaurant or a night at the movies. My husband’s walker has become his lifeline, and the interminable march between the kitchen and the bedroom with an occasional foray out into the world for treatment his daily route. Some days are bad, others worse. There were never any of the reversals touted by the neurologist, and his health has been on one continuously long decline for the six years since he was diagnosed, a well-lived, active life now routinized and lonely. Not just for him. For all of us.

We dance around the issue most days, try to pretend it doesn’t exist when it’s pulling the fabric out of the stuffing of our lives. We are selling the boat because the alternative, remembering how much side-splitting fun we had when we were all out on the river, is too much to bear under the daily remembrance of seeing it parked in the driveway. Why such a punishment? To whom might I appeal clemency?

The kids go on with their lives and truthfully, so do I, to work, to meetings, to my volunteer events, my writing, because what else would I do at this juncture? Someone has to pay the bills and shop for groceries and feed the animals and stay on the kids’ school stuff and if I stopped even for a second, I might collapse under the weight of what life has become so instead I balance seven things on my head which engages all my focus and I don’t have to look at the horrid, greedy beast that stole my husband, don’t have to look in its two beady eyes although it would help if I could punch it right in its smug little face.

But this is where we are now. It’s taken me six years, six years to write a word about it, me, the writer. Privacy, my husband’s, my family’s, mine, too, was and is an issue, but everyone sees the healing effects talking about it can bring so if you’re reading this, that means I have their blessing.

Missed Steps. MS. Multiple Sclerosis is a condition wherein the myelin sheath that protects the spine like a casing on a sausage is eaten away one lesion at a time. My husband has over a half-dozen, no new ones for years, but the one on his brain stem has burrowed deeper and deeper, determined to dig all the way to China as the saying goes, and it’s left him with terrible balance and stiffness and fatigue and on many days a lousy attitude all for which he takes drugs to combat the symptoms, but ingesting that amount of drugs and vitamin supplements, and elixirs alone is exhausting. The medical bills are depleting – thank God for insurance – but even with it we pay so many thousands of dollars a year on top of our premiums that you wonder how people without insurance do it. One drug alone costs over $7,000/month, not for a cure, just a stopgap measure.

It’s all broken – the health care system, my husband’s body, our trust in modern medicine, maybe even my faith in God although most days I do believe that someday all will be revealed. It’s just that someday is not today and all I can do is brace for tomorrow.

I hope we’ll be ready.