Rounded Up, But Definitely Not Ready 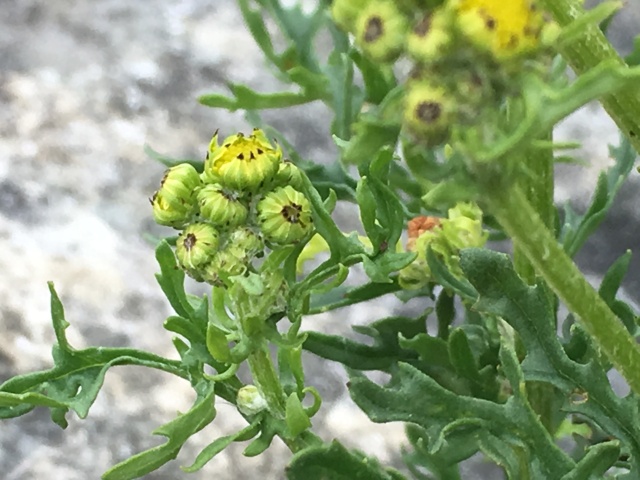 Rounded Up, But Definitely Not Ready

The first verdict came in August 2018 when a San Francisco jury told Monsanto that it had to pay $289 million in damages to a Dewayne Johnson who developed non-Hodgkins lymphoma after years of spraying large quantities of Roundup, the most widely used herbicide in the world, on the grounds he was keeping.  (The verdict was reduced to $78 million on appeal, but additional appeals are in the works.)

In March 27, 2019, another San Francisco jury awarded $80 million to a 70-year old California man who had been using Roundup to spray his 56-acre property for approximately two decades; he also contracted cancer.  On May 13, 2019, a California jury awarded $2 billion to an Alameda County couple who both got non-Hodgkins Lymphoma from using the product.  In October, a scheduled trial in St. Louis, a class action with over 4,000 plaintiffs, was postponed pending a shot at mediation.

I’d say Monsanto has a problem.

So, how did they get here?

Monsanto developed glyphosate in 1970, but quickly realized that it killed everything it came in contact with, not just weeds, but crops, too — really not the best way to market a weedkiller. Still Monsanto continued developing glyphosate because of what the company considered to be glyphosate’s environmental friendliness, i.e., the product broke down into carbon dioxide [there’s way more in the atmosphere than we need, and it leads to climate change], phosphoric acid [made from phosphorous which is good for strong bones and teeth, but take too much in and it has the reverse effect] and ammonia [caustic in its concentrated form and listed as an extremely hazardous substance in the U.S.].

First used as an herbicide for rubber trees in Malaysia and then for wheat in the U.K., today Roundup is applied to over 100 crops, accounting for 276 million pounds of product in the environment every year and about 10% of the company’s revenue stream.

Even if you don’t live in a farming community as I do, odds are you’ve heard of RoundUp which, by the early 1980s, was flying off the shelves like it was the answer to world hunger.  Yes, it does allow for a formidable crop with fewer losses to weed infiltration, but there was this thing with the residue left behind in soils that no one was talking about. 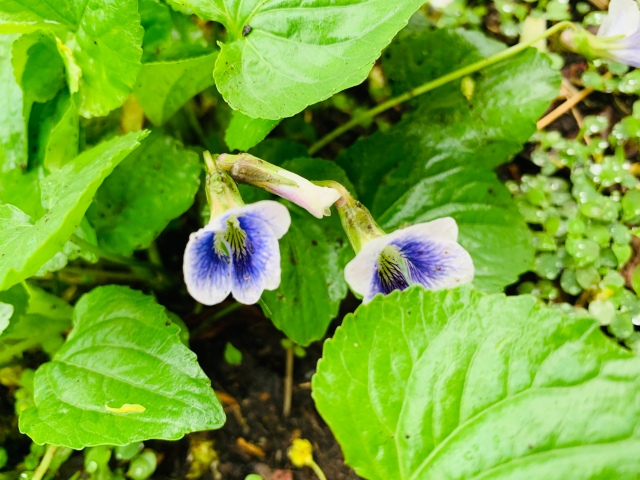 Glyphosate works by blocking the uptake of proteins a weed needs to grow.  Okay, so far, so good, but Roundup also contains polyethoxylated tallow amine, or POEA, a surfactant, which means it’s a compound that lowers the surface tension between a liquid and whatever it comes in contact so that the liquid can spread more easily across a solid surface, but remember, it’s also a weed killer so when the rains come and the RoundUp heads off to the river, it’s going to kill all the aquatic resources with which it comes into contact.

The Roundup products created by Monsanto, the “inert” additions may be toxic to humans and the environment in a way that glyphosate alone is not, causing disruption of the endocrine system as well as fetal developmental impacts, chromosomal damage, and impacts to the liver and kidneys following persistent low-dose exposure from drinking water.  Glyphosate persists in food products for up to two years and —as if the news couldn’t get any worse — destroys the soil microbiota that feeds healthy plants. 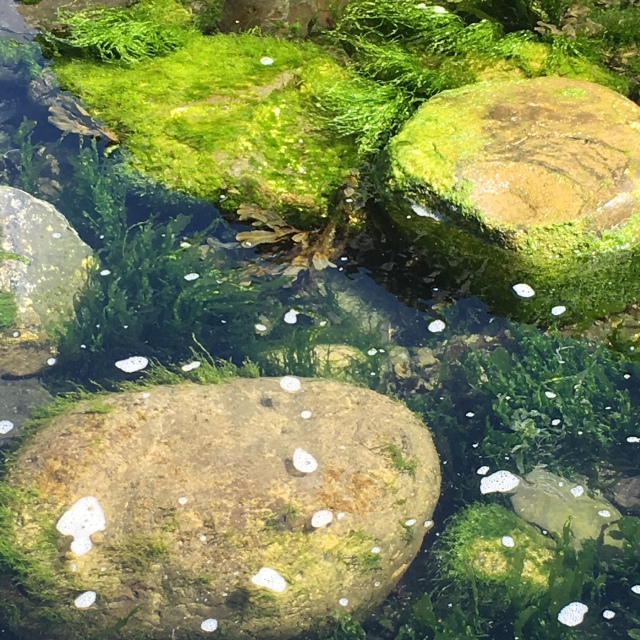 Compromised soils could take years to return to their productive nature.     To be considered organic, a farmer has to have used no “prohibited substances” such as pesticides and herbicides for three years, since, in the organic farming world, those products are not natural and are considered to mess with various human systems over time, not just through the ingestion of food but through the air and water as well.

In addition, no one really understands how a suite of chemicals to which we may be exposed on a daily basis when gathered as one in the human body, will react or retaliate against that body.  Combine Roundup with Roundup Ready seeds (GMOs) and it’s a recipe for a host of diseases caused by the ingestion of nutrient-deficient foods that also kill the good bacteria living in our guts.  BTDubs, good bacteria are the friendly ones that keep you healthy.

According to Beyond Pesticides, “disturbing the microbiota [in the soil] can contribute to a whole host of “21st century diseases,” including diabetes, obesity, food allergies, heart disease, antibiotic-resistant infections, cancer, asthma, autism, irritable bowel syndrome, multiple sclerosis, rheumatoid arthritis, celiac disease, inflammatory bowel disease, and more.  The rise in these same diseases is tightly correlated with the use of the herbicide glyphosate, and glyphosate exposure can result in the inflammation that is at the root of these diseases.”

So what does that mean?  It means Roundup is killing us slowly, and because the cause and effect are spaced pretty far apart, we haven’t even noticed it yet — that is, until now.

Sadly, it’s not just the RoundUp that’s messing with our health.  Today, you would be hard-pressed to find any corn, soybean or cotton grown in the U.S that has not been modified to react more agreeably with Roundup so even if you used all your superpowers to make sure you didn’t ingest the stuff, somehow, you’re still going to get it.  Like the Evil Empire, Monsanto had hoped to take over the Ag world. 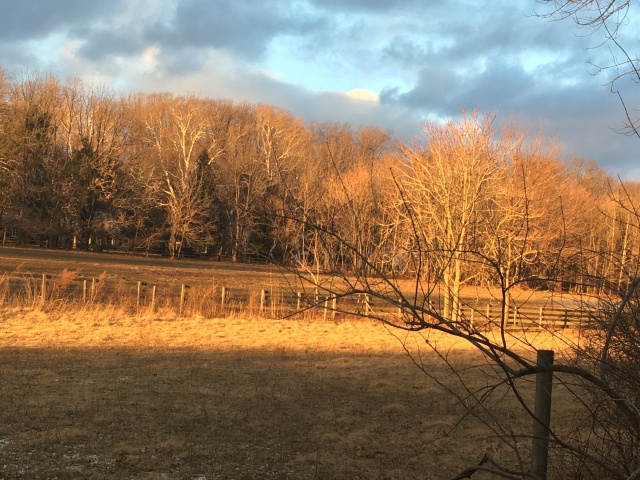 In June 2018, the German pharmaceutical behemoth that gave us products such as neonicotinoids and other crowd favorites purchased Monsanto in a $66 billion merger. You may recall from a previous post that neonicotinoids have contributed to the decimation of the bee population.

For decades preceding the merger, Monsanto had done its best to convince farmers, regulators, and the general public that Roundup was safe despite growing evidence to the contrary which is probably one of the reasons it landed the number 16 spot on the list of America’s most-hated companies. And also why Bayer decided to ditch Monsanto’s name, one that had been around for over a hundred years.

“The 290-odd studies, reports, memos and letters that USEPA used to register glyphosate were generated or submitted by Monsanto. These reports were neither published nor peer-reviewed. Many of these documents are still not available for review by the public or scientists as the company claims these are trade secrets.”

Over and over, Monsanto used a tried and true game plan.  The tobacco companies used it.  The pharmaceutical companies used it. The oil companies used it (check it:  Exxon is being sued for duping the public about how its product contributed to climate change).  And as it turns out, Monsanto’s been using it all along by supporting the company hacks who skewered the science in Monsanto’s favor and harassing the scientists who truthfully analyzed the data.

What is the game plan, you ask?

Throw enough crap against the wall and it’s not only spaghetti that sticks.

Monsanto has always been the biggest bully on the playground, selling seeds that had a one-time use, assuring the farmers would be back the next year to buy seeds again, and suing the farmers who had not purchased their seeds, but had experienced the errant corn stalk or soybean plant growing on their property after the wind blew a few seeds their way.  Monsanto credo was exactly the opposite when it came to the sustainability of planting heirloom seeds, carefully harvested from last year’s crop.  How could Monsanto control the entire market with their GMO seeds, a Frankenstein whose offspring could not reproduce, if the farmers had control of their own seeds?  As such, they forced farmers to buy Monsanto’s seeds year after year, decade after decade at great cost to them.

I’d say Monsanto’s merger with Bayer was a match made in heaven.

The good news is that even though a USGS study found the majority of waterways in 38 states do contain Roundup, there was not much in the groundwater, likely because Roundup attaches itself so heartily to soils.  So how does it get in the water, you ask?  Well, during heavy rainfalls, soil runoff, a/k/a erosion takes not just the soil, but the glyphosate bound to it off to the river where it eventually joins the sediment on the bottom of the river.  Glyphosate has a 70-day half life, but it is extremely toxic to aquatic plants, fish and invertebrates. 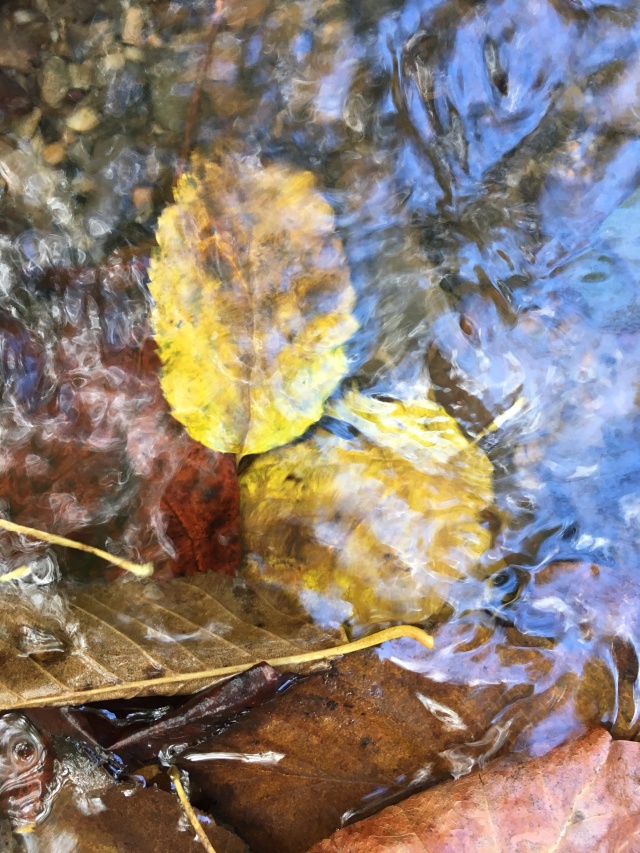 Back to groundskeeper Dewayne Johnson who has a much shorter lifespan thanks to Monsanto.  At trial, the prosecution presented evidence that Monsanto heard the warning bells as early as the 90’s, but rather than pull the product and take time to reformulate it into something safer, Monsanto doubled-down and rewrote the story in such a way as to inject doubt into the narrative, despite all evidence to the contrary, demonstrating that Monsanto knew of the danger.

But it’s not just Dewayne Johnson, or the couple in Almeda County or the man in San Francisco, or the 4,000 plaintiffs, it’s also you and your children and their children and our waterways and the very food we eat, food that goes to the heart of how our bodies can live and breathe and move in the world.  It’s all of us being held hostage by corporations and a world of nutrition that looks nothing like the food our grandparents ate, food that has been so modified it may not even be food anymore.

Instead of profits over people, how about let’s go with the three P’s of people, planet, and profit.  Everyone wants to make money, but you can’t eat it, right?  Time to tell Monsanto and Bayer to get their chemical residue out of our food and water so we can all enjoy a healthy meal.

It’s literally the only way that we are going to survive, and thrive, throughout the 21st century and beyond.

31 Responses to Rounded Up, But Definitely Not Ready