Middle Creek Wildlife Management Area in Kleinfeltersville in Lancaster and Lebanon counties is a 6,000-acre parcel that provides a stopover for migrating birds en route from sunnier climes south of Pennsylvania to their spring and summer breeding grounds on the Arctic tundra. 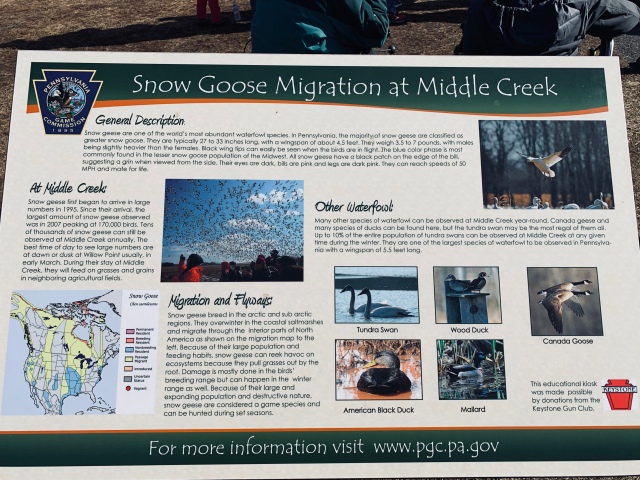 Operated by the Pennsylvania Game Commission, the site was created from 1965 to 1972 from pieces of various local farms and offered local hunters the opportunity to enter a drawing to win one of a set amount of licenses to hunt Canadian geese.

Fast forward to present day where thousands of snow geese — who mate for life, by the way — take a break on their long flight home.  On President’s Day this year, about 130,000 geese took a swim, grabbed some lunch and raised a ruckus at Middle Creek, drawing hundreds of locals, many with camera lenses as long as your arm, to witness the spectacle.

Once home, a pair of snow geese will produce between two and six eggs which the female will incubate over a period of 22 to 25 days.  Come fall, the family hits the sky again, migrating along the Atlantic Coast to warmer weather.

I took these pictures with my phone so the depth is no where near what it could be, but you get the idea.  The most intriguing part to me was not just the number of geese but the noise they make.  It’s a real treat to see it live, but if you can’t get there… 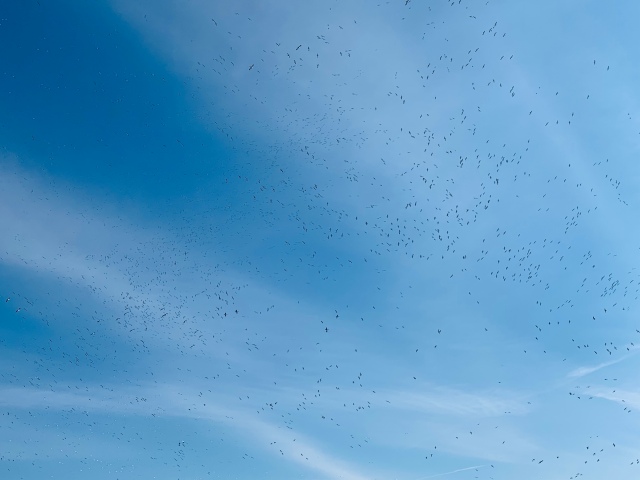 go here for the live snow geese cam and see these beautiful birds for yourself.  Hurry, while they’re still hanging around the place. 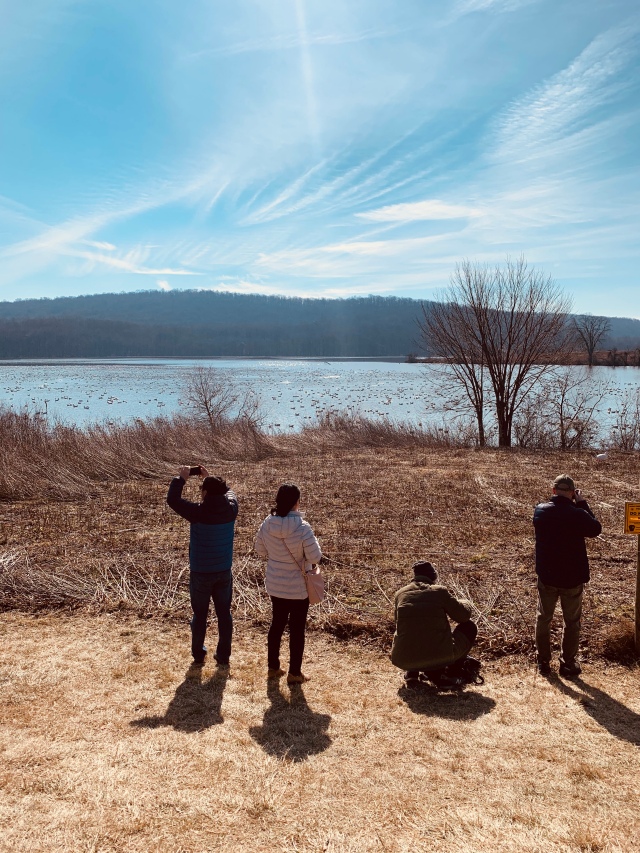 41 Responses to Let it Snow Geese