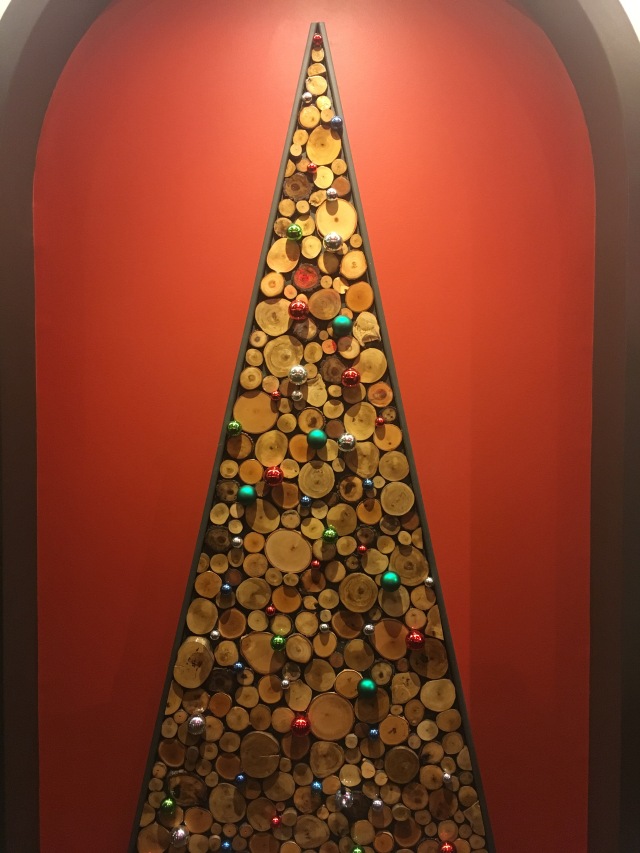 It’s good to know your history, your people, the things that make you, you.  My parents lived next door to Marylou and Pio for over 35 years; my sister and I called them aunt and uncle out of respect.  My own grandparents had all died young so my family history was lacking, making me feel a bit rootless at times.  Into that breach stepped Aunt Marylou who treated me as her own.  I spent thousands of hours at her house, played on the swing-set in her yard, used her clothes line as my own personal jungle gym, raided the candy dish like I owned it, and pestered Uncle Pio while he was working in the garage with so many questions that he would invariably say, “I think I hear your mother calling you.”  My mother didn’t drive and my father wasn’t Catholic so every Saturday night, Aunt Marylou and Uncle Pio would pick my mom, my sister and me up for church.  We couldn’t have asked for a better adopted family. 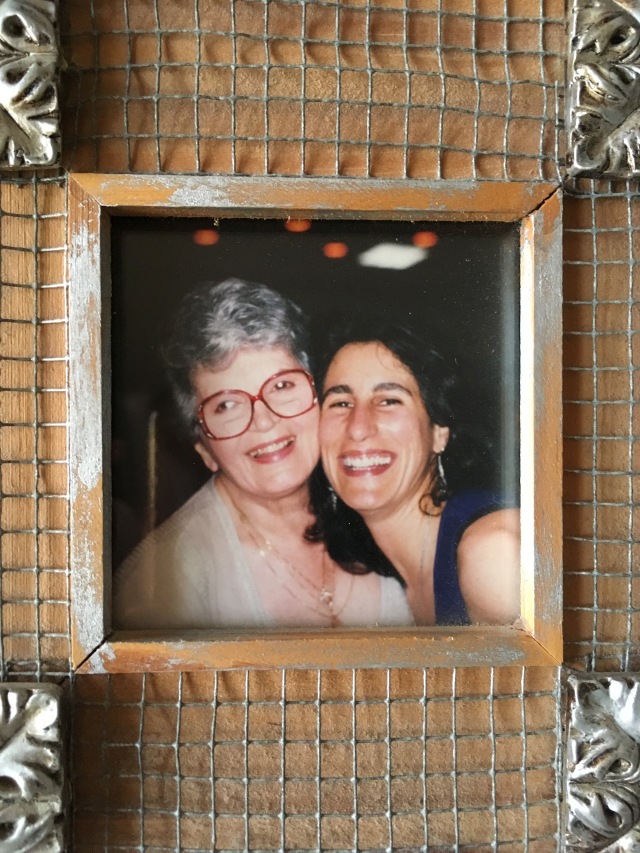 Aunt Marylou was a master chef before such terms were commonplace.  She could make a zillion kinds of gravy (sauce for you non-Italians), some with meatballs, some for crab sauce, some just for pasta, with no discernible end to the recipes in her head, and she taught me something new every time I stepped into her kitchen.  Aunt Marylou wasn’t just a cooking maverick, but an amazing seamstress.  For 40 years, she worked in a clothing factory, for what company, I’m not sure.  The facts are sketchy and the timelines fuzzy, running together in my mind like a series of unnamed tributaries connecting to a bigger river, and it’s hard to decipher where one ends and another begins, but not the love and devotion I felt for her, never that. 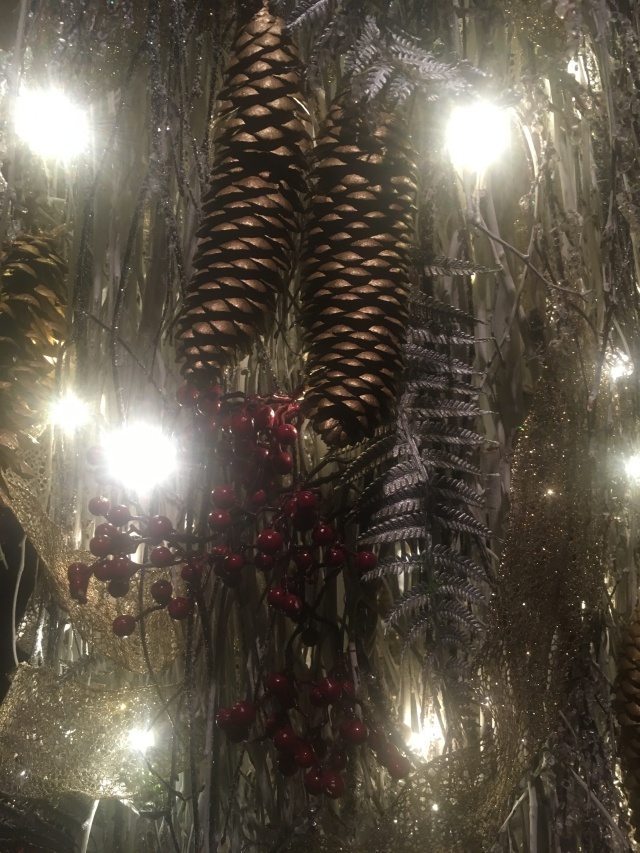 [Another of the spectacular trees at Longwood Gardens]

I’ve not met a better baker: cookies, pies, and, of course, her world-famous pound cake which she would humbly serve to family and friends who came and went to her home like trains at 30th Street Station.  At Christmas, she would spread Christmas cookies out across her big table in the basement, dozens upon dozens of batches, not a sprinkle out-of-place, each prepared with so much love you would think she was making them for the Pope, not the neighbors, or the milkman (when I was little, she had milk delivered), or mailman. 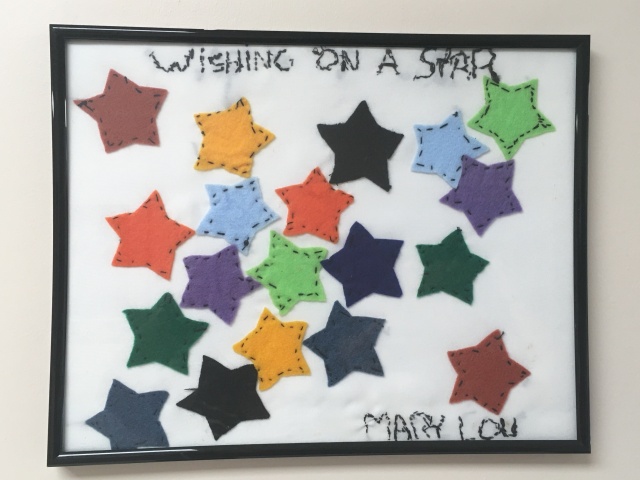 [Aunt Marylou’s handiwork, circa 2017 when age/dementia worked against her]

Raised in Coaldale, Pennsylvania, Marylou lost her mother at a young age.  When her father remarried a young woman barely a decade older than Marylou, they raised each other and the rest of the brood together until Marylou got married and moved to New Jersey.  Aunt Marylou’s marriage didn’t work out as intended — he was abusive — so she left him and took her twin daughters with her, not the kind of risk women in the 1940’s often took, but the gamble paid off and she eventually married the love of her life, Uncle Pio, who raised the girls as his own.  For 45 years until his death, they remained married and totally in love. 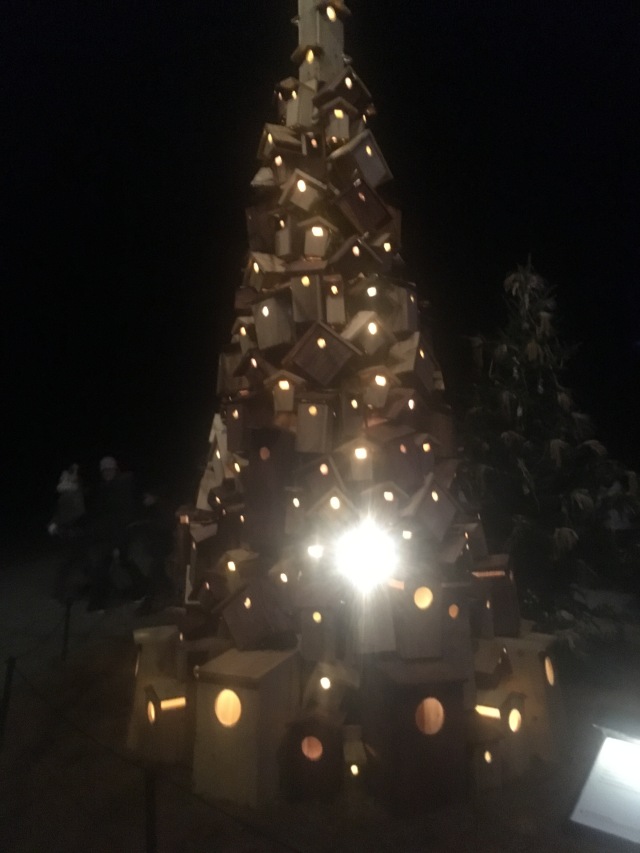 [A tree constructed entirely of birdhouses at Longwood Gardens]

And oh, the days leading up to Christmas.  You could always find me at Aunt Marylou’s helping her prepare the Italian Christmas Eve feast of seven fishes, wrapping presents, readying the basement for the 20 or so of us who would be sitting down to eat, her daughters grown now with their own kids and husbands and in-laws, all welcome at Aunt Marylou’s table.  For days we made homemade pasta and wrapped gifts and prepared fish, and made fancy desserts.  I snitched cookies when I could.  She gave everyone presents. 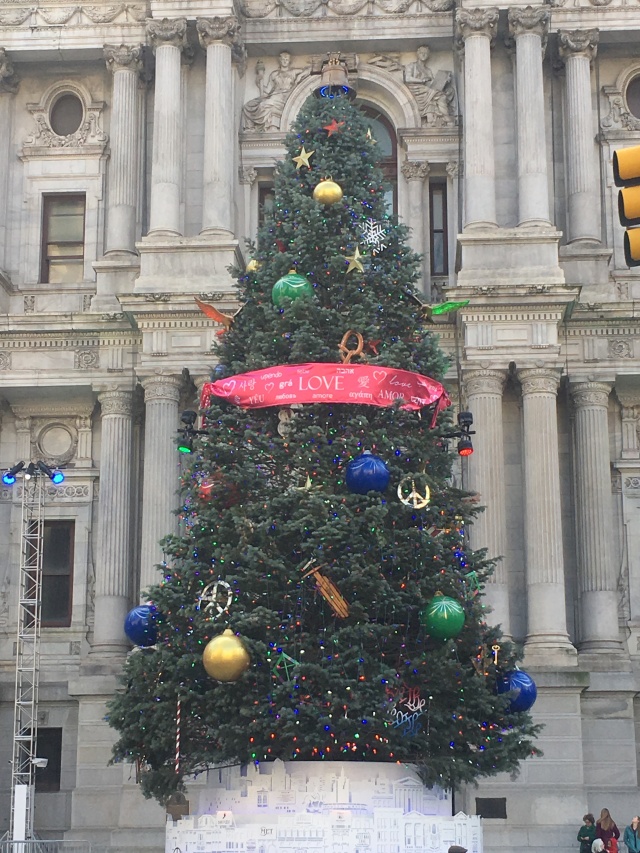 [The Christmas tree outside City Hall in Philadelphia, 2018]

Aunt Marylou died in October at the age of 96, tucked away in an assisted living facility run by nuns where she got to hear mass every morning.  I’ve been mourning her loss for years — ever since she entered assisted living we all knew how it would play out — yet while her death was not a shock, the sinkhole she left in my life can never be truly filled. The last decade took a toll on her, and as her family spread further afield, so did her mind and body, her attributes stripping away with every passing year.  With no kitchen to cook in, even muscle memory began to fade. Toward the end she was confined to a wheel chair, had bouts of dementia and was no longer able to live alone.

Yet, despite her life’s adversity, her essence remained intact:  happiness was still her default mode.  When she saw me, her face would light up with recognition.  It was a source of joy for me that despite the dementia, Aunt Marylou never forgot who I was, always asking, “How’s your little one?” even when my little one was 18, and sitting across the table from her.  When she died she took all her recipes’ secrets with her:  for tea cakes, and zuccarinis, for pound cakes and crescent cookies, for butter cookies and pinoli nut cookies, for fudge bars and thumbprints, for sesame cookies, date cookies and biscotti, and on the list goes, longer than the frown on a kid’s face when he doesn’t get a pony for Christmas.  Of the four different pound cake recipes she gave me, not one I’ve made has ever turned out as good as hers on a bad day. 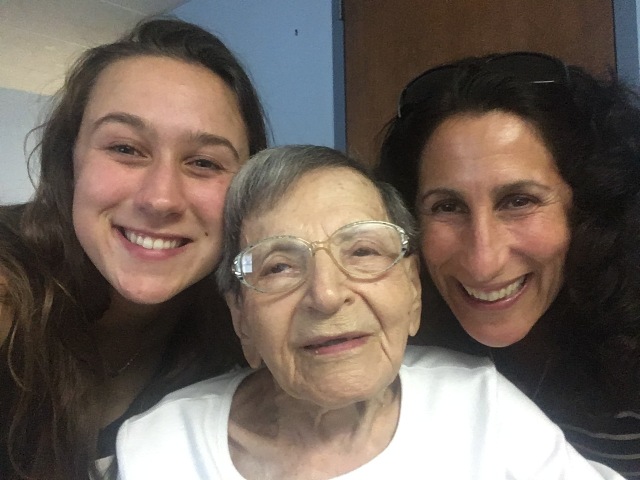 A few weeks ago, I was at a party and my friend Lisa introduced me by saying, “everyone is welcome at Pam’s table.”  I was humbled by the remark and have thought a lot about the source of that trait:  my Aunt Marylou.  If Aunt Marylou loved you she would move heaven and earth for you (and woe to those she didn’t like), but if you acknowledged this fact to her she would just shrug it off and ask you if you wanted another piece of pound cake.  There was no end to her generosity.  Of all the role models I’ve had in my life, with the exception of my parents, it was Aunt Marylou who had the biggest, most visceral impact on me.  She was the quintessential Earth Mother — loving and kind, Grace personified — and the world, oh the world, is such a darker place without her particular brand of joy bouncing around in it.  I will always miss her.

In keeping with my slow march through the virtues of “Sacred Commerce,” that was Grace.    If you read my original post about The Twelve Virtues of the Merchant Priests, as suggested in the book, Sacred Commerce, my goal is to reflect upon and write about these  12 virtues — honor, loyalty, nobility, virtue, grace, trust, courage, courtesy, gallantry, authority, service, and humility — every month or so until I get through the entire list.   The 12 virtues of the merchant priest “automatically lift us to a higher octave of being,” and ’tis the season for lifting each other up.

May you and yours have a very Merry Christmas, or Happy Holiday if Christmas isn’t your thing, and all the health, happiness and prosperity that the New Year may bring.

In the meantime, enjoy this song from Lorena Mckennitt, Kecharitomene, which is  Greek for “full of grace.”