In Defense of Love

I first posted this essay three years ago.  I let it speak for itself.  Happy Valentine’s Day!

In Defense of Love

What follows is not the story I set out to write. I wanted to write about how part of the Defense of Marriage Act (DOMA), signed into law by President Clinton in 1996, was struck down as unconstitutional by the Supreme Court on June 26, 2013. I wanted to talk about the struggle for gay rights, and the time it’s taken for an entire class of people to go from being the object of hate and ridicule to the darlings of the ongoing and age-old drama known as the human rights movement. I wanted to give facts and figures, visuals and statistics, and my take on why, now and finally, it all busted open, hearts and minds and opinions. Instead, this story came out — not the big picture story, but a smaller, more personal one, a blip on the radar of human evolution, and quite possibly a version of the millions of other stories which have congealed to create this fabulous moment in history. So I’m going with it, my little story. I want to tell you about my friend.

Stephen is not just any ordinary friend, but a lifelong friend, the kind you only get once every few lifetimes. My mom has a picture of Stephen and me, sitting on a small hill behind our house, both in diapers, not much more than a year old. We lived a few houses down from each other and went to kindergarten together. We had morning kindergarten and since his mom worked and mine was a stay-at-home mom, we’d go to my house for chicken soup and crackers. We ate lunch and laughed — a lot. We went to eight years of Catholic school together, walking the mile from our homes to the school, back in the day when kids still walked. As we walked, we talked of  important issues of the day. We were curious. We wanted to be informed. We also sought adventures. After school, we’d ride bikes, swing on the swings, or run around one of our yards, doing cartwheels and flips. Sometimes we’d play football or badminton or basketball with other neighborhood kids. We made movies with my mom’s hand held video camera that must have weighed twenty pounds. We went to summer camp together, walking through the creepy cemetery to get there. I wouldn’t go if Stephen wasn’t going. Whether he knew it or not, he was my protector, the brother I didn’t have. As long as I can remember, he was the life of the party, the funniest guy in the room. He could always brighten a dull day for me. I hated sharing him, but a guy like that, well; everyone wanted a piece of him. 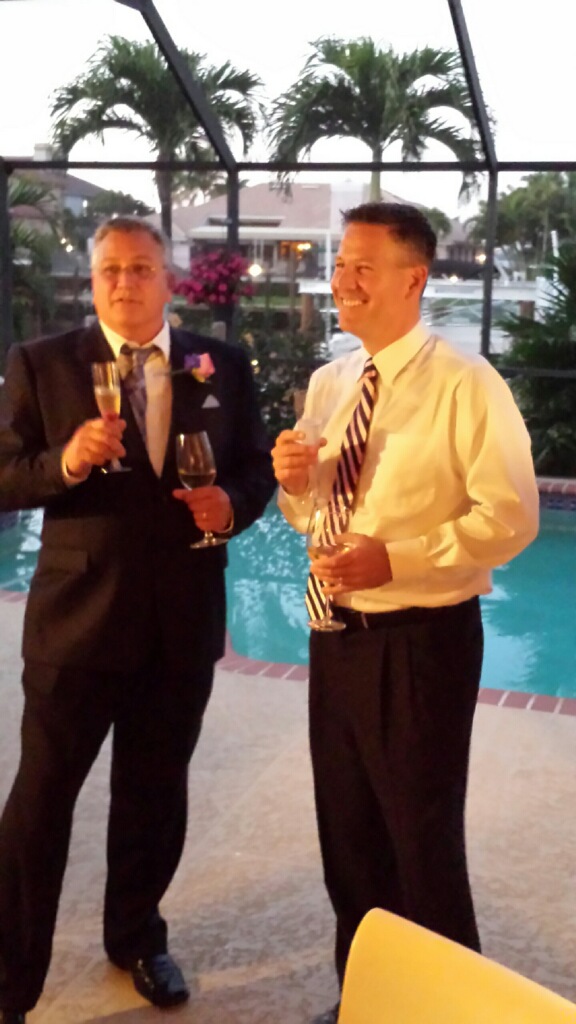 We went to four years of public high school together and both swam on the swim team. In our sophomore year, something happened that would completely change the trajectory of Stephen’s life: his parents got a divorce. He told me at school, in the middle of a crowded dance floor, perhaps by design so I couldn’t ask too many questions. The official story was that his parents’ irreconcilable differences involved his father’s overuse of alcohol and his mother’s inability to take the distance, the long silences, the total checked-out-ed-ness of their relationship anymore. I didn’t buy the story – Stephen’s dad an alcoholic? Something deeper was at work, yet it was plausible, and my friend was clearly in a great deal of pain so I didn’t push. We started to drift apart in high school while we pursued our niches, yet remained friends. High school ended – finally – and we were out in the world, looking for the dreams that were probably looking for us.

Fast forward a half dozen or so years. I’m living in Philadelphia and so is Stephen’s dad while Stephen is living in New York. Stephen comes to visit me and we go see his dad. I don’t remember when Stephen either: a) told me the truth, or b) I figured it out, but Dad wasn’t really an alcoholic, or if he had been, it was a symptom of a larger problem caused by a homophobic, fear-driven society. The big secret was that Stephen’s dad was gay. Maybe he hadn’t known. More likely he had, but rather than take the agonizing step of outing himself and risk being ostracized, he went for a “normal” life, one that would allow him access to “normal” society. He couldn’t keep up the ruse without dying a bit more every day and finally he chose self-love and self-esteem over whatever the damn neighbors might say. The casualties of his internal war were, besides Stephen, his mother and sister, both beautiful and amazing women who at the time didn’t understand why such heaping loads of pain and anguish were being foisted upon them, but who handled the transition with poise and grace. Stephen’s mom remarried; eventually, the pain and anguish pushed off to sea, although that heartache can never be understated. In a different time, the heartache could have been avoided altogether, but it was the 1970’s and just about everyone was still in the closet. The day we went to meet Stephen’s Dad and his lover in their beautiful brownstone home in Philadelphia, I saw what courage bought: acceptance, peace and the assurance that his son would never have to live the same lie. In the interim years, Stephen figured out that he was also gay, but because of his father’s choices, he didn’t need to wait for years, or until he’d already started a family to say it out loud, because his template had changed. In Stephen’s world, because of his father, Stephen’s sexual preference was accepted. That, my friends, is progress.

I only knew one kid in high school who was openly gay and while he seemed well-liked and even admired for his bravery, he seemed to dwell in loneliness on the other side of some invisible line. How times have changed. Today, another one of my besties is gay, and I’m pretty sure we would have dated if he wasn’t. You see, the element of love is always present, color blind, immune to gender, routinely changing shape to fit the situation.
If people realize that the bank teller, the grocer, the phone repair guy, or their neighbor, people they’d been dealing with for years, were gay, then they’d shelve their prejudices, lay down their arms and just get on with the business of living. It may seem improbable now that people ever had to hide who they really were, especially given the “overnight success” of the gay rights movement, but as any writer who’s been at it for 20 years and suddenly finds herself with a bestseller knows, those damn overnight successes can take a lifetime. It took almost 40 years since Harvey Milk organized the first gay rights marches in the Castro District in San Francisco, forty years for the federal protections now afforded same-sex unions, forty years for the overnight success. Before that, there were eons of inequity, but we’re not done yet. 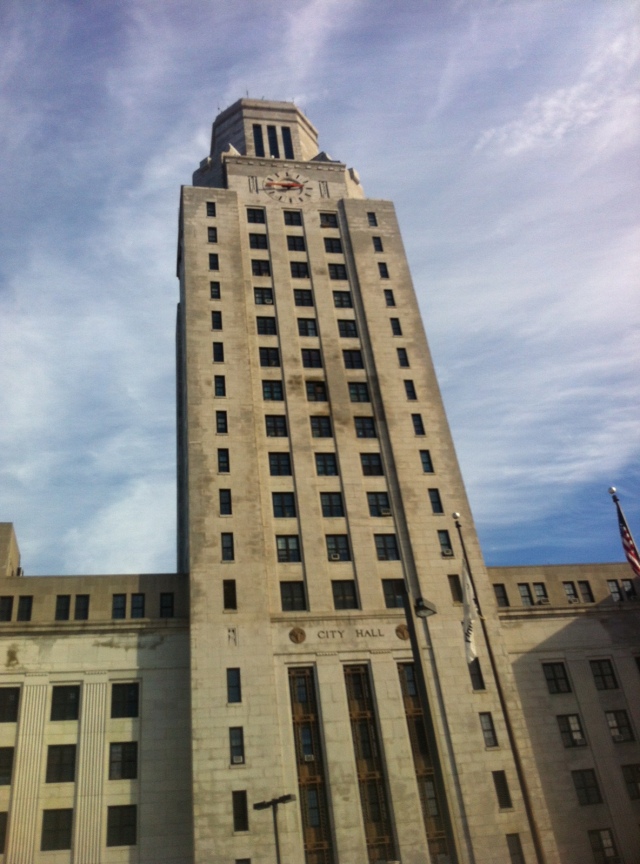 Stephen and his partner, John got married soon after the Supreme Court decision.  They were the first people to get married at City Hall.  Stephen’s a nurse and for the first time, his employer, a local hospital, was offering health and other benefits to married same-sex couples, but in order to qualify, they had to be married by, ironically, Valentine’s Day. The couple traveled to New Jersey, Stephen’s home state, because Florida, where they were domiciled did not allow same-sex unions. It all happened so fast; there was no time to plan, but the family and friends not in attendance got to watch it all unfold via updates on Facebook. It was surreal–and very moving — getting updates via the internet of my oldest friend marrying his partner of 20 years, a man I’ve never even met in person, a man who Stephen has been in love with since their first days, a man of integrity and compassion, a man who volunteers at Hospice to be an end-of-life friend and guide to those about to transition, a man worthy of Stephen. The Facebook posts practically glowed; hundreds of friends got to virtually witness their nuptials.

This next generation of kids coming up will be the first to be color and gender blind with no preconceived notions of “normal.” Give it ten more years and we’ll have forgotten that being gay was ever an issue. These are strange and amazing days we live in, ones I think we’ll look back on as a time when consciousness shifted and people’s eyes were opened wide, not to the differences, but to the enormous similarities, and to how what effects one of us really does affect us all.

What I most look forward to is the day we’re all standing on the same side of the line, or better still, the day that line is gone.

11 Responses to In Defense of Love