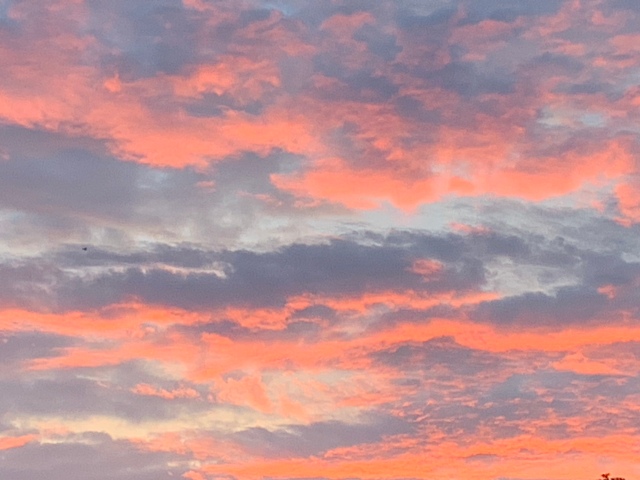 If you read my original post about The Twelve Virtues of the Merchant Priests, as suggested in the book, Sacred Commerce, my goal was to reflect upon and write about the 12 virtues discussed in the book — honor, loyalty, nobility, virtue, grace, trust, courage, courtesy, gallantry, authority, service, and humility — once a month for an entire year.  The 12 virtues of the merchant priest “automatically lift us to a higher octave of being,” something today’s world is in dire need of, I believe. While I may have missed the once-a-month boat, I’m determined to finish the list even if it takes a couple years.

So I am a little kid again, lying in my childhood bed, long awake, with my fears about Infinity intact.

I can’t sleep because the world is a much bigger thing than even my rambling and wide imagination can wrap its little hands around, and time, because of this Infinity thing, is just downright scary.

Dad comes in, asks why I’m still awake.  I confess my fears about the world in general, math in specific, because without math, it seems, we wouldn’t have this issue of Infinity.

I’ve been thinking about Infinity and Heaven together and wonder if I died tomorrow, assuming I even go to Heaven, would I be 10 forever?  And would my baby brother be there, still an infant, or has he grown up a bit?  I want to ask him, but I don’t know where to start.  It’s late and I’m already worried about too much to add his answer to that mix.  Instead, I reach for my dad’s hand, a comforting thing in the dark.  A few tentative words bubble up, gain some confidence, ask their friends to join in creating a sentence.

“Do you think our souls really live forever?”

Yes, I do,” dad says.  “What that looks like though, I have no idea.  Sometimes you just have to have a little faith that it will all work out.”  He squeezes my hand.  “That probably doesn’t make you feel much better right now.”

I don’t know why the answer satisfies me because it’s nothing different than what I’ve already been told, but it’s honest, and he’s my dad; he always makes things better, and even when he can’t, sometimes just holding someone’s hand in the darkness of unknowing is enough to keep the terror on the other side of the door.

Since he’s here, I tell him about a lump on the back of my head where my head and neck meet, but just on the right side.  It wasn’t there yesterday, and I only just noticed it in my insomniac state.  It hurts when I touch it.  I worry that it means I’m going to die, but I don’t want to hear the answer to that question either so I say nothing more.  Dad rubs it for me.

“So you think you might have a brain tumor and are going to die?”

I nod.  The man is downright prescient.  He chuckles, rubs the lump again.  The pain disperses, not entirely, but enough.

“You’re fine.  It’ll be gone tomorrow.”  He leans over, kisses my forehead.  “But you need to stop worrying and go to sleep.”

The next day the lump is gone.

Was it the power of positive thinking?  The law of attraction?  A lymph node that drained during the night — one where I slept soundly because my dad told me Infinity would work itself out without my help? My complete and utter belief in anything my dad says?

It doesn’t matter because it’s a new day, the sun is shining, and I’m only 10.

Fast forward decades.  I’m a mom, among other things, answering the same kind of obscure questions from my kids, but I am unable to answer the biggest one:

There exists in nature a remedy for every malady.

The answers have always been inside you.

Have the courage to become that which you seek.

And if that doesn’t work, you can always dial me up on the other side.

writer, blogger, environmentally hopeful
View all posts by Pam Lazos →
This entry was posted in Uncategorized. Bookmark the permalink.