After weeks of trying to get to the theatre, of sold out shows and unexpected snow events, of sickness and schedules that wouldn’t sync up, we finally saw Star Wars, The Last Jedi. It didn’t disappoint, and I was still thinking about some of the psychological motivations for the characters days later. Yet, as much as I loved it, I have one nagging, perhaps really dumb question:

Why is Kylo Ren so mad? 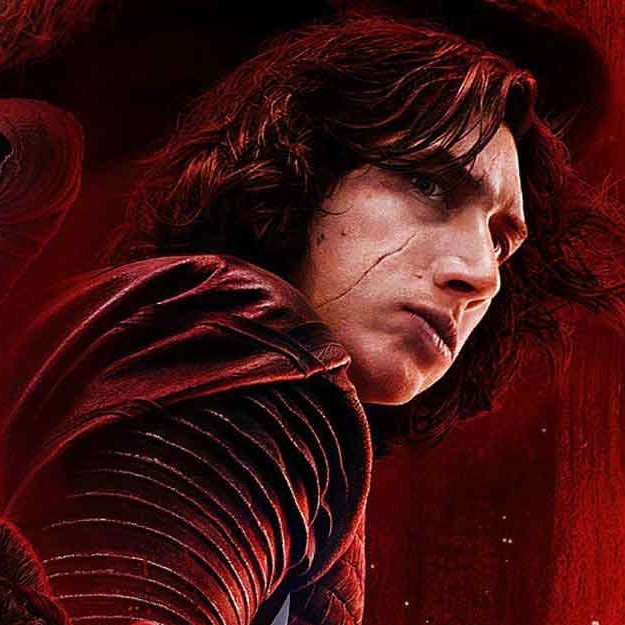 Kylo Ren, (Adam Driver), is a beast of a man/boy who explodes in a blinding rage whenever he doesn’t get his way. You know the type — the kid who was the center of everyone’s attention, who got every darn thing he ever wanted, and who never heard the “N” word, as in “No, you can’t have that,” or “No, you can’t do that.” Now, if your mom is off being a general in a war of good vs. evil and trying to save the universe (great and sad last performance by Carrie Fisher as General Leia Organa),

and your dad has a tendency to go rogue and galaxy hop a lot, well, maybe you didn’t get the kind of attention you needed. Perhaps he was raised by nannies, or little Yoda acolytes who spoke in backwards sentences and metaphors that he didn’t understand, or maybe I missed a movie that explained all this, and right now you’re rolling your eyes and thinking, “Holy crap, does this woman know anything about Star Wars?”

If that last bit was your reaction, I direct your attention to the subtitle, above. Even though I’ve been following this series since it first came out when I was in high school, I’m not a Star Wars zealot, obsessively questioning every plot point and executive decision so I’ve probably missed a few things along the way. I get that the Supreme Leader compromised Kylo Ren’s soul and all, and that could be more than a little disconcerting to a young man, but Ren teeters between extreme composure and extreme rage in such exacting bipolar behavior that one wonders if he’s more than internally conflicted, but also chemically imbalanced.

Kylo Ren’s inexplicable anger aside, there were so many things to love about this movie. One is the fact that this past summer, I was with my expat Irish now American friend, Barbara, who, over a two-week period, graced me with a tour of a lifetime around the Emerald Isle. While on the Dingle Peninsula in County Kerry, we were a short boat ride away from Skellig Michael, the little island to where Luke had retreated to live out his days, an island that was once home to Medieval monks who arrived sometime in the 6th century and stayed for hundreds of years thereafter.

They built those beehive houses and the beautiful steps leading up to them and maybe also did some transcribing of the Bible while they were there (see, How the Irish Saved Civilization). Those huts, paeans to sacred geometry, were built all over the Dingle Peninsula so we got to experience Luke’s world firsthand, and had a taste of how cold it would have been to live in one since, despite being summer, it was rainy, cold and blustery that day. Had the weather not been so crappy, we would have gone to Skellig Michael, but in retrospect, I’m glad we didn’t because this Unesco World Heritage Site risks being trampled to death  by tourists, clamoring to experience the pristine beauty of the island and relive the Star Wars experience. Tourism can be great, keeping a national or world treasure alive and in shape with the influx of cash it provides, but it can also be the death knell for a more delicate ecology as is the case with Skellig Michael.

Then there’s Rey (Daisy Ridley), a character who you just love to love, so full of a grit for goodness that her enthusiasm sweeps you along even if you don’t want to go. 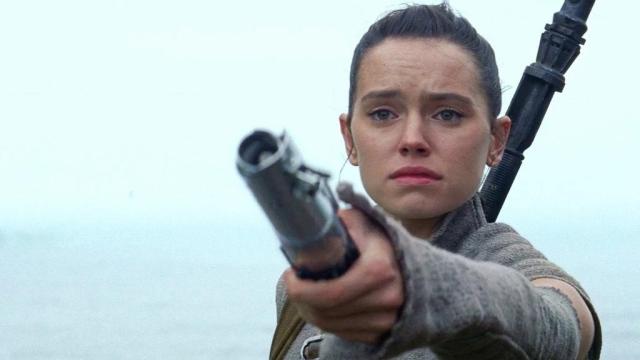 The combination of naiveté, curiosity, and a belief in The Force, this unexplained and inexplicable energy that was always bubbling inside of her, created a fully balanced character with a zest for life that didn’t waiver even when the search for herself did. Knock Disney all you want, but they’ve come a long way since the days of Snow White and Cinderella. They’ve been doing this women’s empowerment thing for a while now — Beauty and the Beast (1991), Pocahontas (1995), Mulan (1998), The Princess and the Frog (2009), Brave (2012), Frozen (2013), and Moana (2016) (I’m still singing the songs of the last two), to name a few — and be it prescience, trend setting, or just good marketing (in 2016, there were 1.06 women being born to every 1 man so catering to women tastes makes good business sense), my daughters have grown up thinking, heck, knowing, that girls can be fierce and fiery and in charge if they want, i.e., masters of their own universe. That’s what The Force is all about, right? Being in control of yourself — the opposite of Kylo Ren, I might add — and as a result, mastering control of the natural world around you? With the #MeToo and #TimesUp movements experiencing a groundswell of support following the many sexual harassment allegations against so many famous men, maybe the 21st century will be the time when, to quote Annie Lennox and Aretha Franklin, Sisters Are Doin’ It for Themselves (Eurythmics, 1985).

As for the movie itself, finally we get a plot line that balances male and female energies. Rey and Kylo are practically kids. 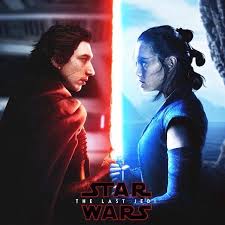 They have a lot to learn about life in general, yet they both have mad Force skills and they’re not afraid to use them. You just know their story is only beginning.  That they could talk to each other across the airwaves — facetiming without cell phones — was a nice touch.  We’re not really that far away from such times, considering the advances in technology and our continued evolution and understanding of the human brain.

Of course, the struggle of a handful of rebels against the humongous evil empire has always been there, some eras more than others, like in today’s political climate — as of this writing, the federal government in the U.S. is partially shuttered because our esteemed politicians can’t seem to come to agreement on anything — but it’s especially poignant when the original Star Wars heroes are being phased out like baby boomers out of the 21st century workforce. The Last Jedi refers to Luke Skywalker, of course, and his self-imposed exile follows a self-inflicted fall from grace. How many of us have done the same, made mistakes that we never forgave ourselves for, allowing the rest of our lives to be hijacked by grief and self-flagellation.

The Mark Hamill scenes were some of the most poignant of the movie, the denouement for a character that’s captured the hearts and minds of several generations of kids so many of whom are now parents, and maybe have their own demons to wrestle.

But best of all is this: the Force is democratic in nature. Not as in Democrat vs. Republican, but democratic, meaning, socially equitable, egalitarian, and available to anyone and everyone if they are just willing to feel it in their hearts. In an age with so much infighting, where politicians can’t be trusted beyond your line of sight, where everything seems lost or on the verge of it, Star Wars, The Last Jedi gives you hope: for greater equality, that cooler minds will prevail, that even when things are decimated beyond what we ever thought possible, we can still rebuild. Hope, and a reason to dream. Isn’t that what great movie making is all about?