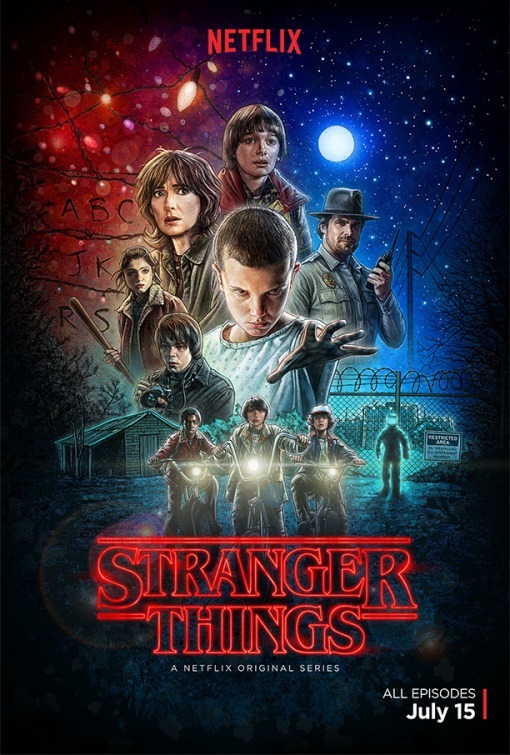 Winona Ryder, how we’ve missed you. Back in the 80’s and 90’s, Ryder was working so much it’s amazing that she had time for lunch, Heathers, Beetle Juice, Edward Scissorshands, Little Women, Girl Interrupted, The Age of Innocence, Reality Bites, iconic films that shaped decades of entertainment. In Stranger Things, a circa 1980s show that comes with all the fixings — the big hair, the fantastic music, the terrible architecture, even the acne — Ryder shows us why she’s still one of the most relevant actors of her time. She plays Joyce Byers, a divorcé whose younger son, Will (Noah Schnapp) has gone missing. Ryder’s Joyce is raw, unnerving, intelligent, almost unhinged, her life held in check, but barely, by sheer force of will, her own and her older son, Jonathon’s (Charlie Heaton). She and we both know that no matter what anyone says, something is definitely going bump in the night and if she doesn’t find her son, no one can. 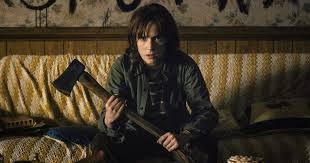 The problem is, Joyce is considered a bit of a whack job around town so at first, no one believes her which makes Joyce even more hysterical. Prepare to experience heart palpitations right along with her.

The story opens with four friends and science geeks, Will, Dustin (Gaten Matarazzo), Mike (Finn Wolfhard), and Lucas (Caleb McLaughlin), playing Dungeons and Dragons. They’ve been at it for the last 15 hours. 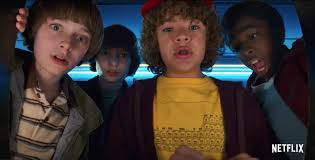 When Mike’s mom calls the game, there’s a moment of confusion — the die is lost and Mike goes upstairs to negotiate more time. The die is eventually found, but it’s not good news for Will who decides to play it straight. In a move that foreshadows the entire season, Will is captured in the game by the Demagorgen, the game’s worst of the worst as monsters go. 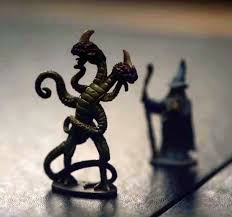 Rather than cheat, Will comes clean, remarking to Mike on the inevitability of fate before Will, Dustin and Lucas mount their bikes and head off into the darkness. (It’s still the 80’s and parents didn’t worry as much about stuff happening to kids out alone at night as they do now.) As the kids race home, Will chooses a shortcut through the woods, splits off from Dustin and Lucas and disappears. Will realizes a bit too late that he’s being pursued. Despite making it home and loading a shot-gun to fight the beast, the Demagorgan still gets him, but no one realizes it until the next morning. 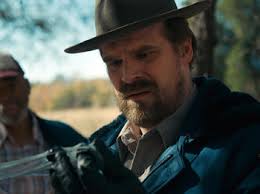 It’s The X-Files meets Stand By Me and the rest of this Netflix Original Series, eight episodes in total, focuses on the town’s search for Will led by Chief Hopper (David Harbour) and propelled by Joyce’s urgency. The day after his disappearance, the Byer’s receive a phone call. No words are spoken, only breathing on the other end, but Joyce is sure it’s Will. The call ends abruptly when an electrical jolt buzzes through the line (yes, in the 80’s phones had wires connecting them to a box on the wall!), with enough voltage to shock Joyce and scar the mouth and ear pieces of the phone. Lights have been flickering on and off in her house, a boom box randomly plays Will’s favorite Clash song, and Joyce believes

Will is trying to contact her through the electricity. She buys boxes and boxes of Christmas lights, strings them up everywhere, and writes letters below them, creating a life-size Ouija board so she can talk to Will. Time is limited. Joyce knows this.

Shades of the X-Files overlay each episode — the government conspiracy; the crusty cop, good at heart, but decimated by a life event that left him with a fatalistic edge; the creepy dark way the series has been filmed, adding to the broody horror of the story. 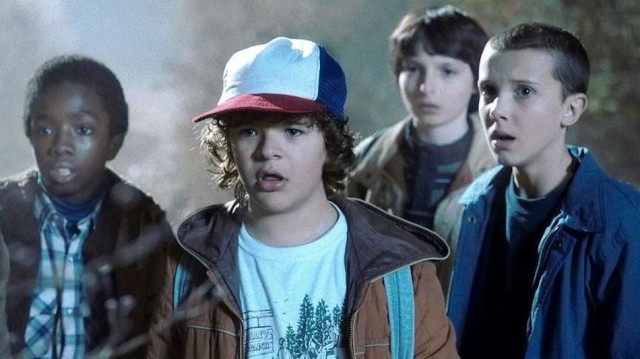 The home run of “Stranger Things” though, is the relationship between the four friends, plus the add-on of “11” (Millie Bobby) who appears soon after Will disappears and is the key to all the crazy unfolding events. Mike, Dustin and Lucas find 11— who they rename “El” — in the woods while searching for Will. She’s scared and hungry and they decide to hide her, stashing her in Mike’s basement while his parents carry on upstairs. Turns out, some creepy shadow government guys, particularly Dr. Martin Brenner (Matthew Modine), who plays mean magnificently, really are looking for El, so now it’s not just clueless parents the kids have to outsmart. Each of the characters has their own hero’s journey, and every episode has life or death consequences, especially for the kids. 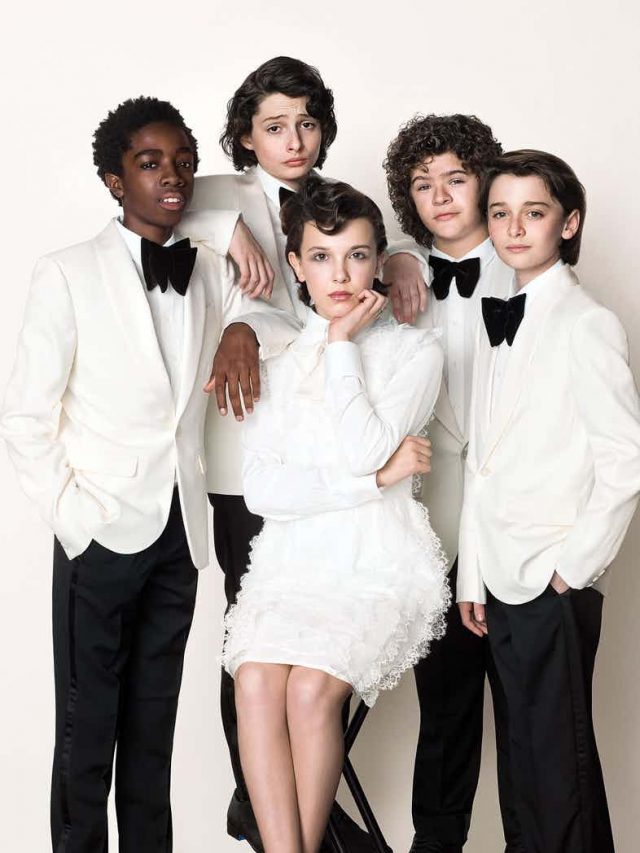 My own kids turned me on to Stranger Things, but I couldn’t wait for them to finish watching and blew through all eight episodes in less than a week. (Seriously, try to find eight hours in a week just to watch TV. It’s not that easy.) The satisfying final episode resolves many of the strands even while leaving a giant cliffhanger for us conspiracy theorists to cogitate over until the start of Season 2 which is now upon us!

At a time when many of the movies and much of TV programming consists of stories about a dystopian future — one that looks strikingly similar to the place we are living now what with one environmental, military, and hacking crisis after another — it’s great to have a nostalgic throwback to a time when we only thought that government conspiracies existed. Retro aside, to me it feels shiny and new (and I invite you to call me, Netflix, if you need help with the soundtrack).

So grab the popcorn and the remote, people. The next eight-episode installment of Stranger Things begins on October 27, 2017 and all episodes will be released at once. I know what I’m doing this Halloween. May the best Demagorgen win.