What the heck, I may as well pack it in right now. I just finished rereading Jitterbug Perfume by Tom Robbins and not only did I shed a tear of joy for the rowdy and philosophical magnificence of this book, but there went a second one for the lusty, enigmatic curiosity with which Robbins imbues all of his work, plus the man has a knack for simile and metaphor that’s unbeatable. How can the rest of us even hope to compete? I rarely read a book twice. There are too many other books out there and despite the deliciousness of the first reading, I feel it indulgent to circle back, but it had been thirty years since I first read Jitterbug Perfume so I allowed this one decadent revisit. Did I think it would make me weep? Technically, it didn’t. A few tears does not an episode of weeping make — it’s those kinds of nuances Robbins happily points out (it’s draperies, not drapes) — but it did make me think that I’ve got a long way to go if I’m ever going put out a masterpiece like Jitterbug Perfume. 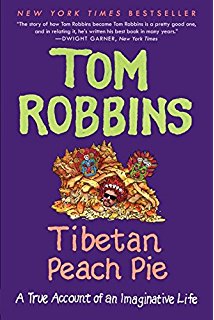 Where to start? Somewhere in ancient Bohemia where Alobar was the feisty ruler of a band of warriors and wenches who fought hard, played hard, and disposed of their king the minute he showed the first sign of weakness. A king must be strong so he can protect the people. When Alobar finds a grey hair after catching his visage in the looking-glass his life is forfeit. He felt no less strong this day than yesterday, but the rules of tribe dictated otherwise and once they found out they would kill him and select a new ruler. As one of those rare men who think outside the customs and mores of the times, there was no way Alobar was accepting this fate. He called for his favorite wife, Wren, and convinced her to be his eyes each morning, plucking whatever grey hairs revealed themselves in the night. This caused a bit of consternation among the other wives who all wanted equal time with the king, and to show his energy was not sagging, Alobar serviced them all, an exhausting proposition. As with all plots, however well-devised, eventually, Alobar was discovered. Refusing to accept a death sentence, Alobar, with Wren’s help, is soon on his way out of town with all of his body parts intact. 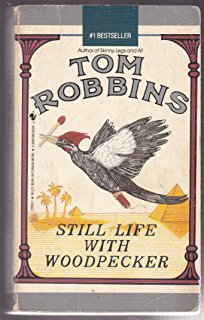 Meanwhile, a few centuries later, Kudra is living in India and has a few problems of her own. Kudra came from a family of incense makers, having learned the trade from her father, but as a woman living in a society that didn’t think much of women, she was only allowed to work with him until an arranged marriage forced her to live with her husband’s family. At first, Kudra was heartbroken, but the pair were well-suited and eventually happy. Kudra learned her husband’s family’s rope trade and raised three children. Life was good until destiny went haywire and Kudra’s husband was killed in a freak riding accident. Indian law dictated that Kudra be burned on the funeral pyre next to her husband to honor his memory, and rather than face the flame, Kudra kissed her children while they were sleeping and snuck out during the night. Her wanderings aligned with Alobar who at first repelled her, but later won her over and that is when the real adventure began. If you think I’ve given away the entire plot, you would be wrong. These are just two of a slew of hilarious characters still to come, traversing time and smells and continents.