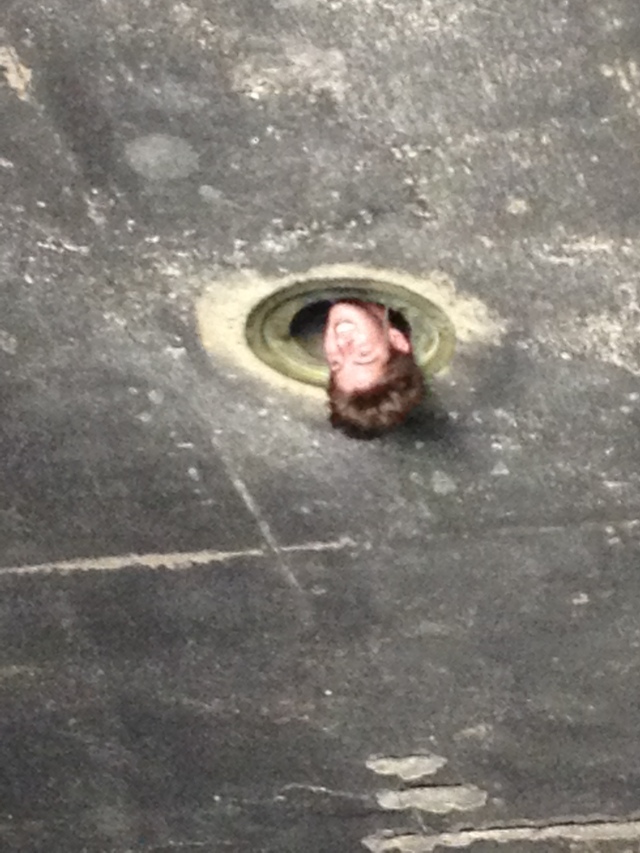 Have you noticed just how many of the articles circling the blogosphere involve a list? Every day, dozens of headlines promise to turn your life around in minutes if you just know how to count. Ten amazing slow cooker recipes to ignite your appetite. Eight ab-busting exercises to give you a summer six-pack. Five special tricks to keep your man happy in bed. Seven sure-fire methods to assure your toddler’s good behavior. It’s exhausting, really, and to a certain extent, lacks vision. Can’t we accomplish anything without a list? Is there no way to impart information other than to count it out?

Perhaps, but why start now? Because right now you are only three steps away from creating characters that POP! Ready? Here goes.

1. Understand Why: Understanding is not as simple as recounting a story, and knowledge doesn’t qualify as understanding. Anyone can read a book about the U.S. Civil War being the bloodiest in American history and know, from a factual standpoint, that war is bad, people died, and brother was pitted against brother, but if you were an alien, how would you come to the realization that this period was also one of the saddest in American history. It wasn’t just about war, but the very definition of America was at stake and despite Her differences, America decided to stick together in a Union to define all unions.

How did that history come alive? By understanding the characters. One has only to go to the battlefield in Gettysburg to hear history echoing down through time. You can feel the shiver of fear and dread that ran through all who died there. At the museum, you are flooded with understanding: of the farmer who left his wife and children to go fight rather than bring his crops in; of the terrified 15-year old who goes off to war to make his family proud; of the women left behind who held their families together, protecting their children against marauders, and hunger, and generals looking to replenish their own starving soldier’s supplies. The stories have come alive with understanding — letters, artifacts, firsthand accounts — and motivations. The story is no longer just a fact on the page, but a living, breathing entity brought to life through the light of understanding. Everyone has a key that unlocks the secret of who they are, what makes them take step after step in any given situation. To find that key, you must first understand your character, not just know his or her vital statistics such as name, address and phone number, but the reason why they live where they do and think the way they think, why they like chocolate instead of vanilla ice cream or why they joined the Knights of Columbus instead of the American Freedom Party. Understand your characters and they will dance before you on the page like a hologram.

2. Be Fascinated: When we are fascinated with something we can’t get enough of it. Fascination doesn’t mean you have to like your character, but you do have to like spending time with them, two distinctly different things. If you aren’t fascinated enough to want to take a journey with your characters then your readers aren’t going to be either. Some of the most fascinating characters of all time were scoundrels — Ebenezer Scrooge, Dracula, Captain Hook, Sauron, Cruella DeVil, Voldemort. We are fascinated with their vileness and like the proverbial car wreck on the side of the road, can’t stop craning our necks to see what’s happened as we pass it by. Sadly, like the news, we are more interested in the negative than the positive so you may have a harder time writing a fascinating “positive” character, but there are plenty of them as well: Harry Potter, Dorothy, Frodo, Forest Gump. What is it about them that makes you want to snuggle in close and watch? Good or evil, it’s fascination.

If you haven’t yet read, The Hero With a Thousand Faces, by Joseph Campbell, then start there. Campbell talks about the Hero’s journey vis-á-vis the archetypes running through psychology, mythology, and modern-day stories. Archetypes are your friends. They are a part of us, the secret to human character. Want to understand your own character? Figure out your archetypes. The Hero, the Dreamer, the Priest, the Prostitute, the Princess, the Warrior, the Architect, the Magi, the list goes on. Know them. Love them. Marry them if you have to, but you need to transcend them in order to understand them and you need to understand them in order to unlock the fascination, that which drives the reader to hunker down and keep reading. We need to spend time with this character because in doing so, we understand ourselves more fully. We need to abide them in our midst because of their beauty or despite their villainy. They are us and we are them. Unlock the fascination and your readers will come back again and again.

3. Emotional Integrity: Okay. Ready for the big reveal? The thing that’s going to bring it on home? Emotional integrity is the linchpin of every story. A story without emotion is not much of a story, right? But drama for drama’s sake just doesn’t ring true either. A character’s emotion has to feel real in order for a reader to be sucked in. I have a friend who swears she could watch Anthony Hopkins reading a grocery list and still get all vaklempt. Why? Because the guy oozes emotional integrity. And that doesn’t mean crying or screaming or carrying on. Hannibal lecture didn’t do any of those things, yet he managed to make your skin crawl without even uttering a word.

Take the time Sally and her best friend, Stu were in summer day camp. Every morning they set off across the street and through the cemetery to get to the neighborhood park on the other side. Sally’s mom didn’t drive, but it was the 1960’s when kids actually got themselves to things without a parent hovering about. Sally’s mom tells her that Stu is sick and she has to go herself but there is No Way Sally’s going through that cemetery alone. She knows her mother will make her so you feigns a bad belly. Telling the story that way is fine, but when you let the reader see the emotion behind the story it really comes alive. Better still, when Sally feels the emotion, all kinds of crazy happens.

Sally’s mom calls down the hall for Sally to get moving,

Sally doesn’t answer because she’s bunched up in a ball on her bed, clutching her belly. She’s thinking about the gravestones, silent, waiting, and how she’s going to be so alone. Sometimes even with Stu’s company Sally can feel the icy tendrils of the dead searching for her warm-blooded body, hoping to latch onto something they can suck a bit of warmth from and Sally will be right there, all alone, with no one to hear her scream.…

Sally starts to shiver and sweat and by the time her mom reaches her room to check on her, she’s drowning in a lather of fear.

“Sally, what’s wrong? Are you all right?” Sally’s mom sits down next to her on the bed, feels the clammy skin, notices the diluted pupils, the rapid pulse. Sally looks like hell. She’s got herself so worked up she couldn’t come down if she tried.

Sally’s mom puts her chin to Sally’s forehead. “You don’t have a fever, but I don’t think you should go today. You just don’t look right.” And with that, mom holds the covers up and Sally crawls back under.

That’s it. Mission accomplished. Sally pulled it off, not because she scammed her mom, but because she was so invested in the scary cemetery story that her body actually believed in the terror and reacted accordingly. Emotional integrity wins the day every time.

And so will you if you just follow these three simple steps. Why not start now, creating characters that will resonate with your readers long after the last page has been turned. Your characters, and your readers, are waiting.

8 Responses to Creating Characters That Pop!