I have adored M. Night Shyamalan’s work since the opening credits of The Sixth Sense and have maintained that level of adoration all the way through the closing credits of Split. There are some who may disagree with my assertion that he’s the living embodiment of one of the greatest movie makers of all time, Alfred Hitchcock, the master of the psychological thriller, and therefore, himself a master. Disagree if you must, but allow me to explain.

Shyamalan’s initial problem is also his inordinate initial success. When your first movie — The Sixth Sense — hangs around the movie theatre for the better part of a year — the theater, not Netflix — you become your own proverbial tough act to follow, and proving your brilliance again can be daunting if not impossible. To totally fool everyone is a big lift, but Shyamalan did it with The Sixth Sense and has paid the price of unrelenting critical comparisons since then. I feel for you, man, although I also realize it wouldn’t be terrible to have your particular problem. Still, Shyamalan seems to have said no worries to all that and gone about his business making movies — critics be damned — with his penchant for the hero’s journey, a la Joseph Campbell’s The Hero With a Thousand Faces  on full display in every film. 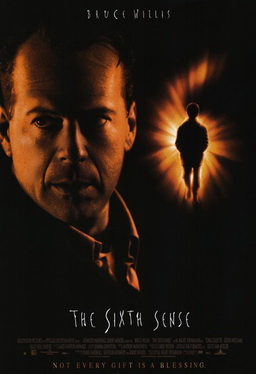 Shyamalan’s movies combine a great plot with elements of psychology and mythology running through them, the individual human condition versus the world, the macro reflecting the micro, resulting in a polarity within his protagonists that is reflected back to us as ourselves. And you know what? The human condition really does matter to us, to all of us. Light, dark, black, white, the duality of earth, despite all the caterwauling and name calling, is the nature of our existence. Sometimes it’s darker and sometimes lighter, but it always both and in the space therein lies the fertile and fecund ground of storytelling, the one thing that helps us navigate our lives. Shymalan knows this, especially the parts that deal with things that go bump in the night, i.e., your deepest fears, represented onscreen as boogyman types, but the same fears relate to money or health or safety that keep us up at night.

The cast of characters inhabiting the body of Kevin Wendell Crumb (James McAvoy) are only allowed to share the light one person at a time. Kevin has 23 personalities living inside him and as of late, Dennis is in charge, along with Miss Patricia, a spinsterly 50-something, and Hedwig, a nine-year old itching to be accepted. Dennis kidnaps three girls on their way home from a party: Claire (Haley Lu Richardson), Marcia (Jessica Sula) and outsider Casey (Anna Taylor-Joy) who isn’t really friends with the girls, but got invited to the party because Casey felt sorry for her. Kevin and his 23 personalities are the ultimate outsiders so on some level, Casey can relate. Kevin also sees a psychologist who is on the cutting edge of dealing with schizophrenic personalities although she is having a hard time getting the medical community to pay attention to the disease. Moreover, she senses something is amiss with Kevin these days. Cue scary music. Kevin’s condition, brought on by repeated childhood abuse and trauma, and Casey’s introverted nature brought on by her own crappy childhood are both relayed in a slow rollout of flashbacks over the course of the movie.

As in all his films, expect to see Shyamalan in a cameo, and another by Bruce Willis in an ode to films past, and, of course, the movie to be set in Philadelphia. If Hitchcock could have handpicked a mentee, someone to carry on his legacy, he would have picked Shyamalan. Split is a thrill ride through the mind of a schizophrenic as he evolves into a killer. It leaves Shyamalan where he started — at the top of his game.