In the early 1970s the waters of the Middle Atlantic States were polluted to the extent that swimming and fishing were often very limited. Fish kills were not uncommon and migratory fish were constrained from reaching their spawning areas due to lack of dissolved oxygen cause by excessive pollution. Major industrial and municipal wastewater treatment plants often only had the most basic treatment and, in some cases, the sludge from these plants was dumped in the Atlantic Ocean. The public found these conditions to be unacceptable, and environmental protection often ranked as one of the top issues in public opinion polls. The public made their dissatisfaction known in various ways, including public demonstrations. Our political leaders responded by creating the US Environmental Protection Agency (U.S. EPA) in late 1970, and in 1972 passed the Federal Water Pollution Control Act, commonly known as the Clean Water Act, giving EPA and its state partners broad powers to address these water pollution problems.

This article is a “shout out” to the hundreds of Region 3 employees who have protected the waters of the Middle Atlantic States during the past 50 years since the passage of the 1972 law. These employees came from many disciplines — engineering, science, law, administration, public relations — and were employed in numerous roles in Region 3. Included in the joint team efforts to protect water quality were inspectors, lab personnel, quality assurance experts, grant writers, permits and enforcement case developers, lawyers for negotiations, stream monitoring and modeling experts, and administrative support staff.

Of course, EPA Region 3 had plenty of partners in this quest: state agencies, EPA Headquarters, other federal agencies, consultants, the regulated community, and leadership from politicians at all levels. Through much teamwork and hard work, these Region 3 employees and their partners have created an environmental legacy of which they can be very proud. The public can enjoy cleaner water for drinking, fishing, and contact recreation as a result of their fine efforts. Current and future EPA employees will build on this legacy as they maintain water improvements and address emerging and future challenges. I wish them well. 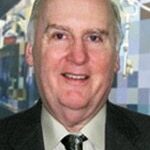 writer, blogger, environmentally hopeful
View all posts by Pam Lazos →
This entry was posted in Uncategorized and tagged 50th birthday of the Clean Water Act; USEPA; access to clean water; protecting human health and the environment;, blog. Bookmark the permalink.

15 Responses to Happy 50th Birthday to the Clean Water Act!