Shadow of the Wind

Shadow of the Wind

“This is a place of mystery, Daniel, a sanctuary. Every book, every volume you see here, has a soul. The soul of the person who wrote it and of those who read it and lived and dreamed with it. Every time a book changes hands, every time someone runs his eyes down its pages, its spirit grows and strengthens.”
Carlos Ruiz Zafón – Shadow of the Wind

I don’t really like subjecting books to a rating system as I think it seeks to make banal and categorical that which is confounding and elusive. Life is a participatory endeavor, not something that can be put on a shelf with a descriptive label, and literature, especially exceptional literature, not only mimics the truisms in life, but often shows us the way of it, helping us to sort out our feelings in a manner that the heat of the moment, any moment, does not always allow. Shadow of the Wind is one of those profound books that entertains and enlightens, soothes and stirs, explains and cloaks, all the while giving you a glimpse into eternity. I can’t remember the last time I was so wrapped up in a novel that I’d bound out of bed in the morning and race off to the gym (I do my reading on the elliptical) as if they were giving away a dream vacation. If I could give Carlos Ruiz Zafón six stars for his book, I wouldn’t stop there. The story is long and languid, sprawling enough to allow time for you to sink into it, trying on the characters like your favorite coat — the one you walk the dog in and everyone but you thinks should go into the Goodwill bin – but also heady and demanding, calling you back to its pages with urgency while the mystery unfurls slowly, cresting and bellying out, both sating and gutting you in its pursuit of the more indecipherable of life’s questions.

Set in Barcelona after the Spanish Civil War, Shadow of the Wind tells the story of Daniel Sempere, a boy of ten whose mother died and left him and his father to grieve for her in perpetuity. Daniel is a clever boy, a reader and would-be writer. He and his father live above his father’s bookstore which specializes in estate books and rare collections. They are not rich, but they are comfortable enough, and father and son share a love of books that results in the older Sempere bringing Daniel to the Cemetery of Forgotten Books on his tenth birthday. As a life-long lover of books myself, such a place intrigues me — the idea that books have a soul, conjoining the writer and its readers, and that the book’s spirit grows with each reading — and reading Shadow of the Wind, I wished more than once that such a place actually existed. 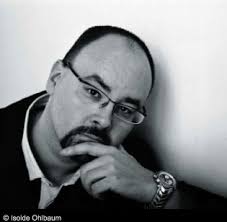 The Cemetery of Forgotten Books is a singular place given over to the preservation of rare books, some lost to the collective memory, some out of print, some down to only one of their kind. The caretaker, Isaac, guards the books like royalty. For those who know this place, they are invited to walk its labyrinthian halls and choose a book to their liking. Once chosen, that book becomes the responsibility of the chooser who must ensure it remains in print and free from harm, and that the thoughts and ideas therein live on for future generations despite war or politics or climactic changes. Shadow of the Wind is Zafón’s answer to the book burnings of wartime occupiers throughout history. Arguably a crime against humanity, the ravages of book burnings have deprived both present and future readers. The longtime rub between those who love the deep and independent thinking that books engender in a reader versus those who prefer a spoon-fed populace with nary a thought of stepping outside societal lines, carefully drawn by those in power, is alive and thriving, even in today’s modern world. As a reader and writer, I am rooted in the first camp, convinced that the only way to transcend society’s little foibles and grand faux pas is through understanding, and one of the best ways to understand each other is to read what each has written. Books absolutely move humanity forward and no matter how many lifetimes I live, you will never convince me otherwise.

Back at the Cemetery of Forgotten Books, Daniel chooses his: Shadow of the Wind, a story written by Julian Carax, an enigma in and of himself. Daniel’s choice, he later discovers, is extremely rare, possibly the only copy left because someone has been burning all of Julian Carax’s books. Daniel’s sleuthing to uncover the mystery surrounding Carax’s life and the systematic eradication of Carax’s life’s work becomes the crux of both stories for Zafón has created a mystery within a mystery. You find yourself fearing and rooting for these people whose lives have overlapped and doubled-back from the story of the novel to the story within it. Daniel’s persistence in removing the veil of secrecy surrounding Carax’s life and death bring him closer to the truth, but his discoveries also align him, ever closer, with the danger.

Shadow of the Wind spans more than a decade of Daniel Sempere’s life and vividly paints the poignant ascension from boy to man during a period in history when life after wartime was difficult at best, and being different, in any sense, was met with swift and brutal retribution. Maybe it’s the magic realism that is woven into the work of the Spanish writer, maybe it’s Zafón’s lyricism, or his long and philosophical view of life that makes this book so exceptional. If you want to be transported, if you want to read a book that feels like talking to an old friend, read Shadow of the Wind. Your soul will grow, and glow, and sing.

30 Responses to Shadow of the Wind